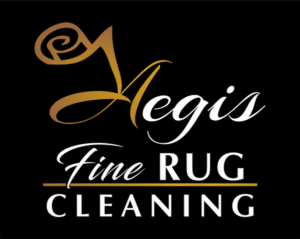 How Wool Is Processed

Previous Next
How Wool Is Processed

Wool wins points with environmental activists for being a renewable material. Renewable materials are those that can be replenished indefinitely without the use of non-renewable substances such as petrochemicals.

How Wool is Obtained From Sheep

Sheep have been living alongside people since the start of human history, and they aren’t expected to be on the endangered species list any time soon. Sheep reliably produce wool of varying quality that’s used to make everything from clothing to carpeting.

The Best Time to Shear Sheep

When is the best time to shear sheep? Shepherds mostly shear sheep during the spring before the ewes give birth to their lambs. While most sheep breeds should only be sheared annually, other long-haired breeds can be sheared twice yearly.

For those breeds, shepherds make sure to shear the sheep about six weeks before winter arrives. Sheep that aren’t of the long-haired variety produce about 8 pounds of wool per shearing.

Where the World’s Wool Comes From

While sheep can be raised indoors, outdoor pastures are the ideal places to raise sheep, and Australia has plenty of them.

China is also a large country that uses its land resources for raising sheep. The country produces about 18% of the world’s wool, and some of it is used in the country’s export of clothes and textiles.

The United States is the third-largest producer of the world’s wool. It’s typical for U.S. shepherds to produce over 25 million pounds of wool in a year.

New Zealand is also a well-known wool producer. There are approximately six sheep for every one person in New Zealand. The small country produces about 11% of the world’s wool, and the wool that it produces is known to be of the highest quality in the world.

We know that there are plenty of natural resources around the world to raise sheep for wool. However, not every sheep produces the type of wool that works best for rugs.

Rug makers favor coarser wool than one would find at a clothing maker’s factory. Two breeds of sheep that produce the strong, coarse wool that’s needed for rugs are Herdwick and Romney.

Faux antique rugs that are made of synthetic materials aren’t considered renewable. They are manufactured from petroleum products and have a short, useful life-span.

How To Clean Wool

Wool can last for lifetimes when cared for properly. Because real wool rugs are high quality rugs, we use only the best rug cleaning practices. We never use harsh chemicals and, and all of our cleaning is done by hand, not machine.